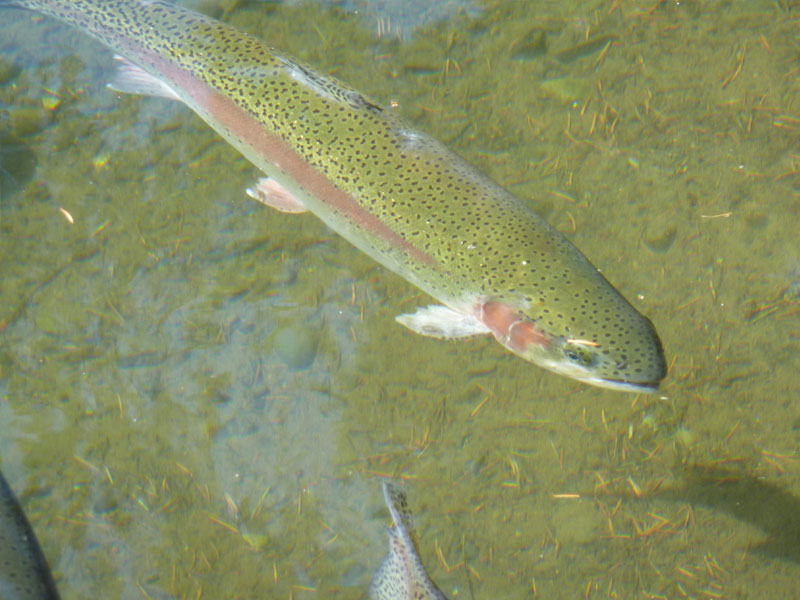 This fish gets his name due to the rainbow on its body side. From North America, trout lives in the clean, clear and pollution-free brooks and lakes at low temperature and crabs at the living environment. Regarded as the noblest fish, it is titled with the “king of fishes” and is the delicious dish on the table of the people in Europe and America.

The artificial breeding of trout has been a long history of more than 100 years until now. In Asia, Japan firstly introduced trout and had bred trout for many years; in 1961, Taiwan introduced trout from Japan. At the beginning, only Lukang Aquatic Research Institute bred trout and only a few people such as Chiang Kai Shek, et al could have the opportunity to enjoy trout. Trout occurred during state banquet and thus it was also called “President Fish” at that time when few people knew what a trout was. As the Taiwan society gradually opened, local people could touch some foreign objects. In 1971, the introduction of trout into Taiwan for breeding and promotion started.